ERIE, Pa. – An $800,000 grant from the U.S. Fish and Wildlife Service will support a two-year effort to control and prevent the spread of aquatic invasive species across Pennsylvania, with an emphasis on the Lake Erie Basin.

• Targeted control of Hydrilla (Hydrilla verticillata) in Pymatuning Lake. Hydrilla is an aquatic perennial with stems that grow as long as 30 feet. The species, which first appeared in Pymatuning Lake in 2014, displaces native plants, disrupts fish populations and tangles in boat propellers.

• The removal of red-eared slider turtles from Presque Isle Bay. These turtles, which most likely were introduced through the pet trade, prevent native species from using basking sites.

• Surveys of Natural Heritage Areas within the Lake Erie watershed. These sites, which contain critical ecological resources such as threatened or endangered species, are at risk to invasive populations. Survey data can help biologists and conservation officers develop targeted control and monitoring plans to restore native species.

The grant also includes funding for the continued development of an online database and mapping program that will record aquatic invasive species threats across the Great Lakes watersheds. The Western Pennsylvania Conservancy will lead that project and coordinate targeted control of aquatic invasive species – including plants that impact water resources – in the Lake Erie watershed.

Additional funding will be used to develop a smartphone app for “Pennsylvania’s Field Guide to Aquatic Invasive Species,” a resource developed by Pennsylvania Sea Grant in 2013. The app will serve as a mobile companion to the printed guide, which is used by conservation officers, biologists, volunteer monitors and others who work in Pennsylvania waters.

“Preventing the spread of aquatic invasive species is the first priority, and everyone can help in that effort,” Whitney said. “If you spend time on the water, make sure you don’t move plants or animals from one body of water to another. By taking steps to ‘clean, drain and dry’ equipment, you can reduce the risk of spreading aquatic invasive species.”

Each of those agencies needs the expertise of the others. Nearly 200 invasive species already have been found in the Great Lakes, from zebra and quagga mussels to round gobies and starry stonewort. A new species appears in the watershed every six to eight months.

Examples of aquatic invasive species activities conducted by Pennsylvania Sea Grant, including the removal of hydrilla, seining for rusty crayfish, and removal of water chestnut. 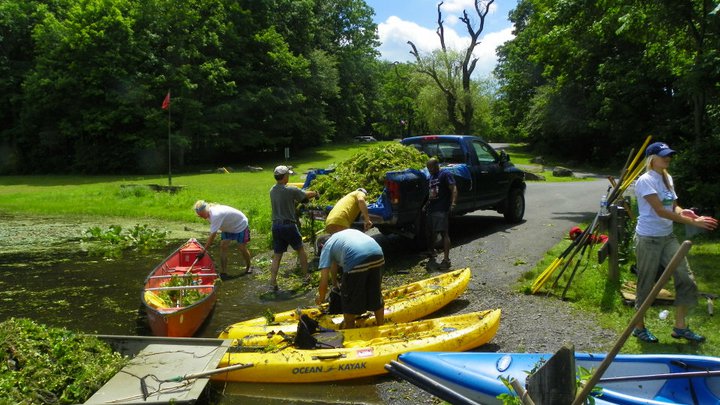 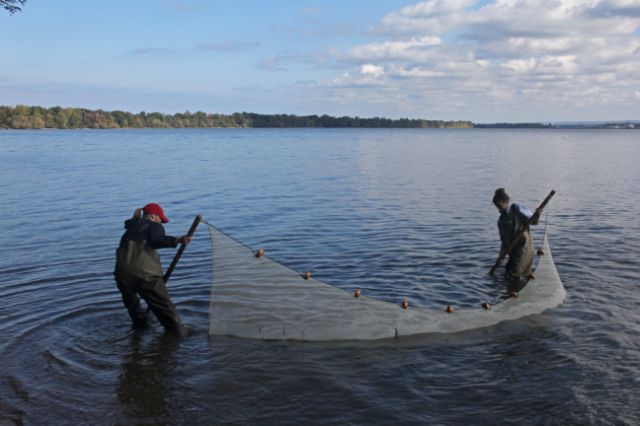 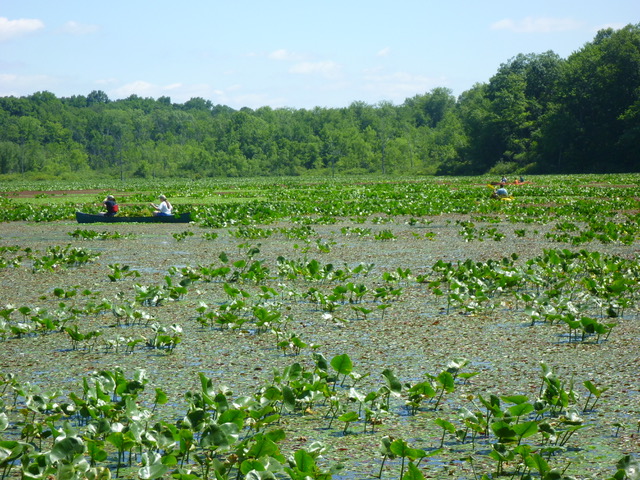