While this tiny little turtle may seem like the perfect pet – think again! 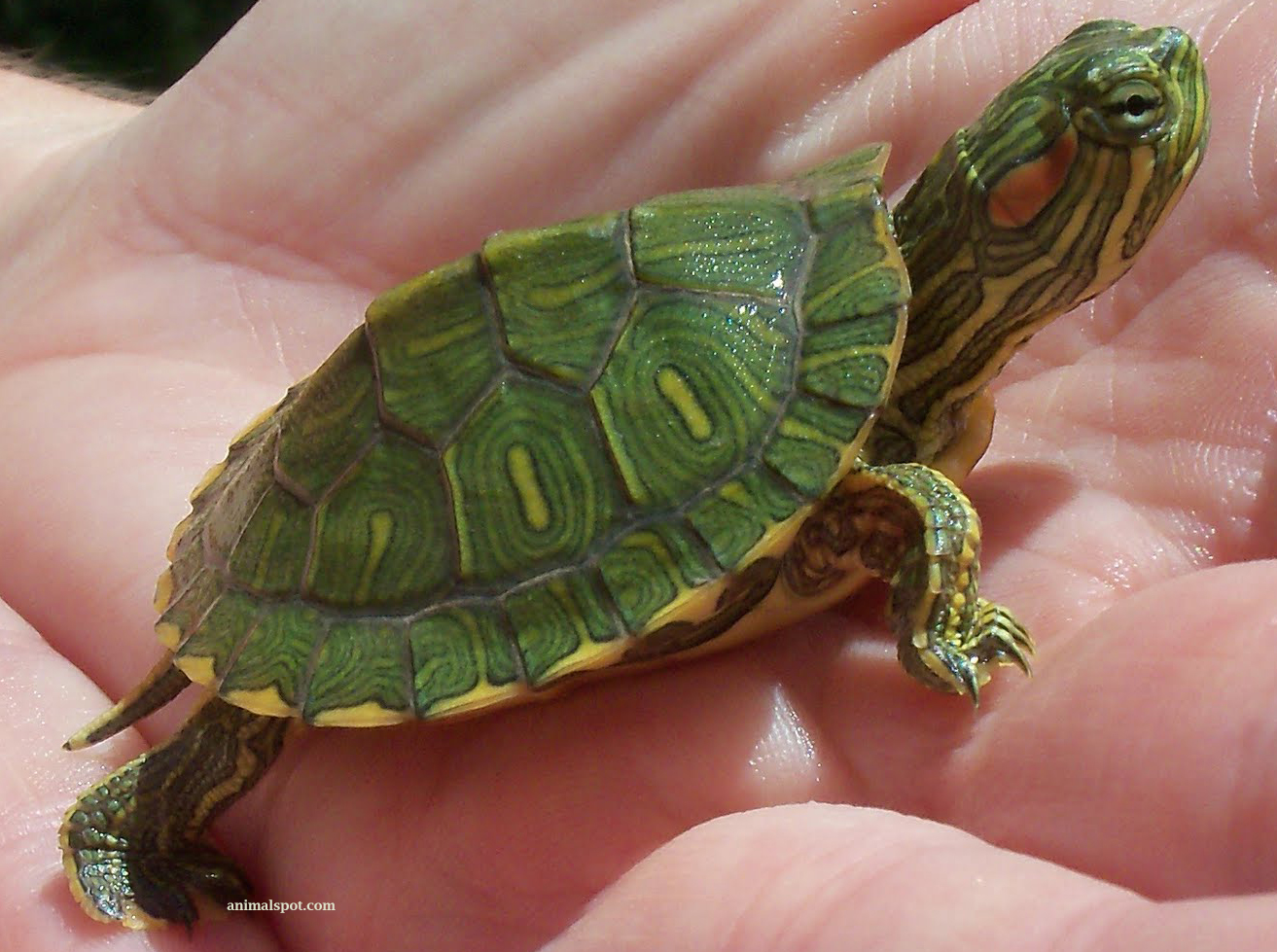 The red-eared slider is a hardy and popular aquarium pet in the United States. It gets its name from the broad red stripes behind each eye. While these tiny turtles are just over four inches long when purchased as a pet – adults may triple in size, reaching up to twelve inches in length.

Unfortunately, pet owners are often unaware of the changes that will happen to their tiny turtle, and can become overwhelmed by its size, demands for food, and its longevity.

So that tiny little turtle purchased today as a present for a child will, twenty years from now, be sending that same child off to college, or possibly even greeting them home for spring break! 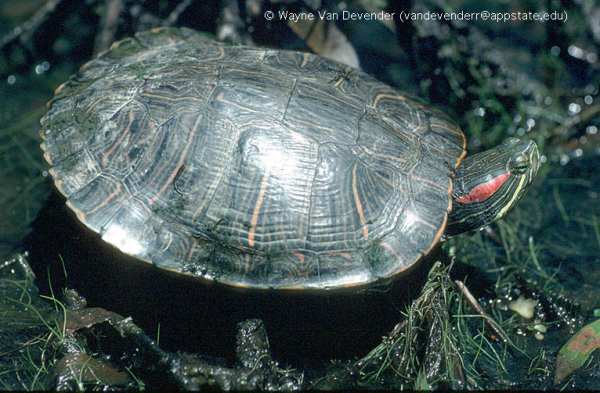 The very sad and serious repercussion of poorly planned and/or uninformed pet choices, such as the red-eared slider, is often disposal. All-to-often, red-eared sliders are either killed or released into the wild where the pet becomes predator, and possibly prey.

The red-eared slider can easily take over native habitats, food sources, basking sites, and over-compete with native turtle species like the red-bellied turtle, a threatened species in Pennsylvania.

Through a grant from the United States Fish and Wildlife Service, Pennsylvania Sea Grant embarked on an effort to control and manage red-eared sliders in Presque Isle State Park, in Erie, PA.

In the fall of 2018 and spring 2019, Pennsylvania Sea Grant captured, removed, cataloged, and eradicated red-eared sliders at Presque Isle State Park, at locations where they had been reported.

These efforts help native turtles - there are seven known native species - and other aquatic species live and thrive. All capture, removal and eradication activities were done humanely and with proper training and certification.

This adult female was found with a fishing hook in her mouth. She is a clear reminder of why aquarium pets should not be released into the wild – they are dangerous to the native species, and if released they may end up suffering.

part of the effort included a public outreach and education campaign including a downloadable postcard, online educational content, and social media promotions.

Red-eared slider owners looking for an alternative to releasing their pet to a local lake, pond, or waterway should contact Sara Stahlman or Mark Lethaby for more information on options to re-home their pet.

If you see a red-eared slider in Presque Isle State Park, report it! 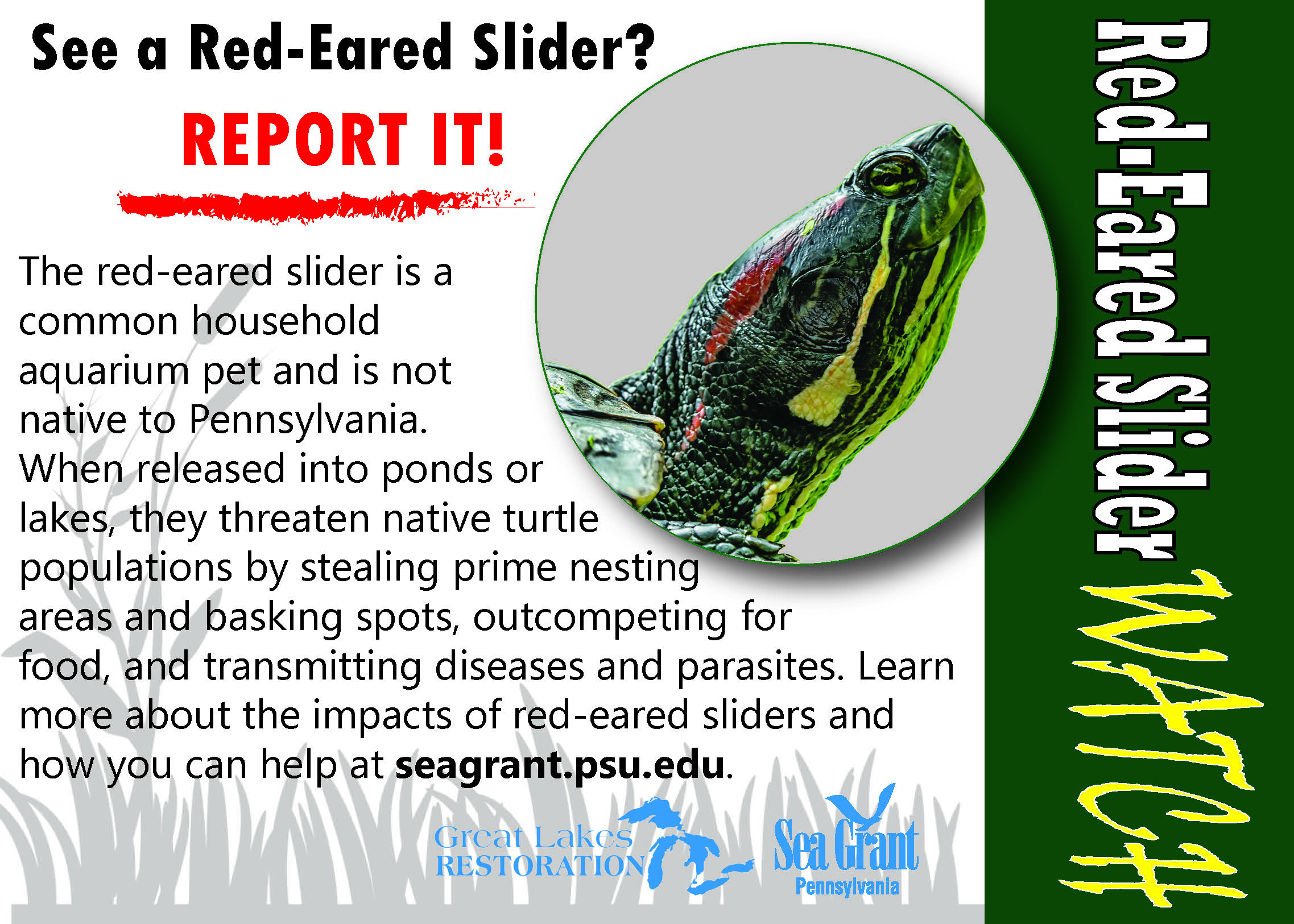 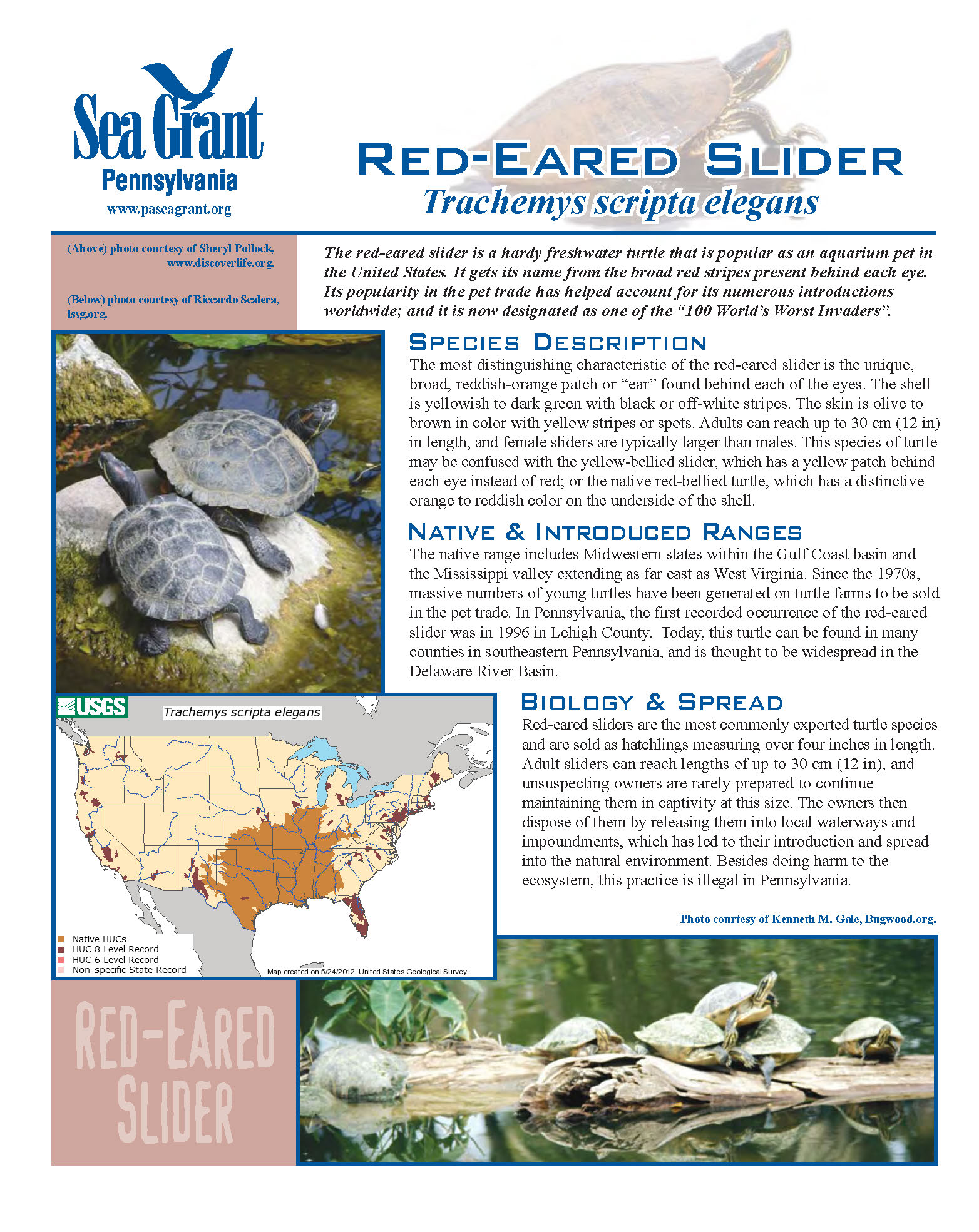